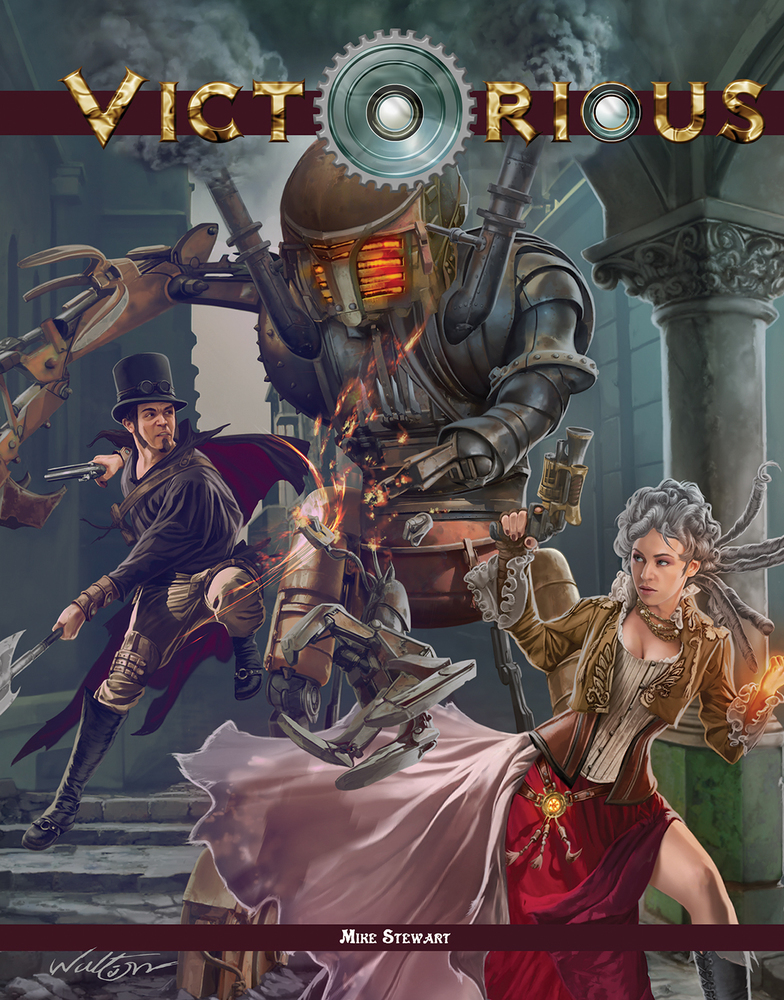 This bundle include all the madness you need to get started on a table top role playing game in the Age of Supermankind!

V1 Night of the Jackals


Gaslight street lamps pour fitful illumination through the fog-shrouded streets of Victorian cities. Menacing figures lurk in darkened alleyways. Desperate men with nothing to lose and the determination to take what they can from others plot.

This is an RPG where masked vigilantes pit their fantastic powers against all the evil that settled in the darkened streets of a Victorian past that both was and was not!

Victorious, the newest core game powered by Troll Lord Games' celebrated SIEGE engine, allows you to create a wild assortment of heroes, from the wickedly smart to the inhumanly powerful! Victorious can be scaled to meet adventure with investigators of crime, defenders of society against evil monsters, and even mad scientists foiled by masked superheroes.