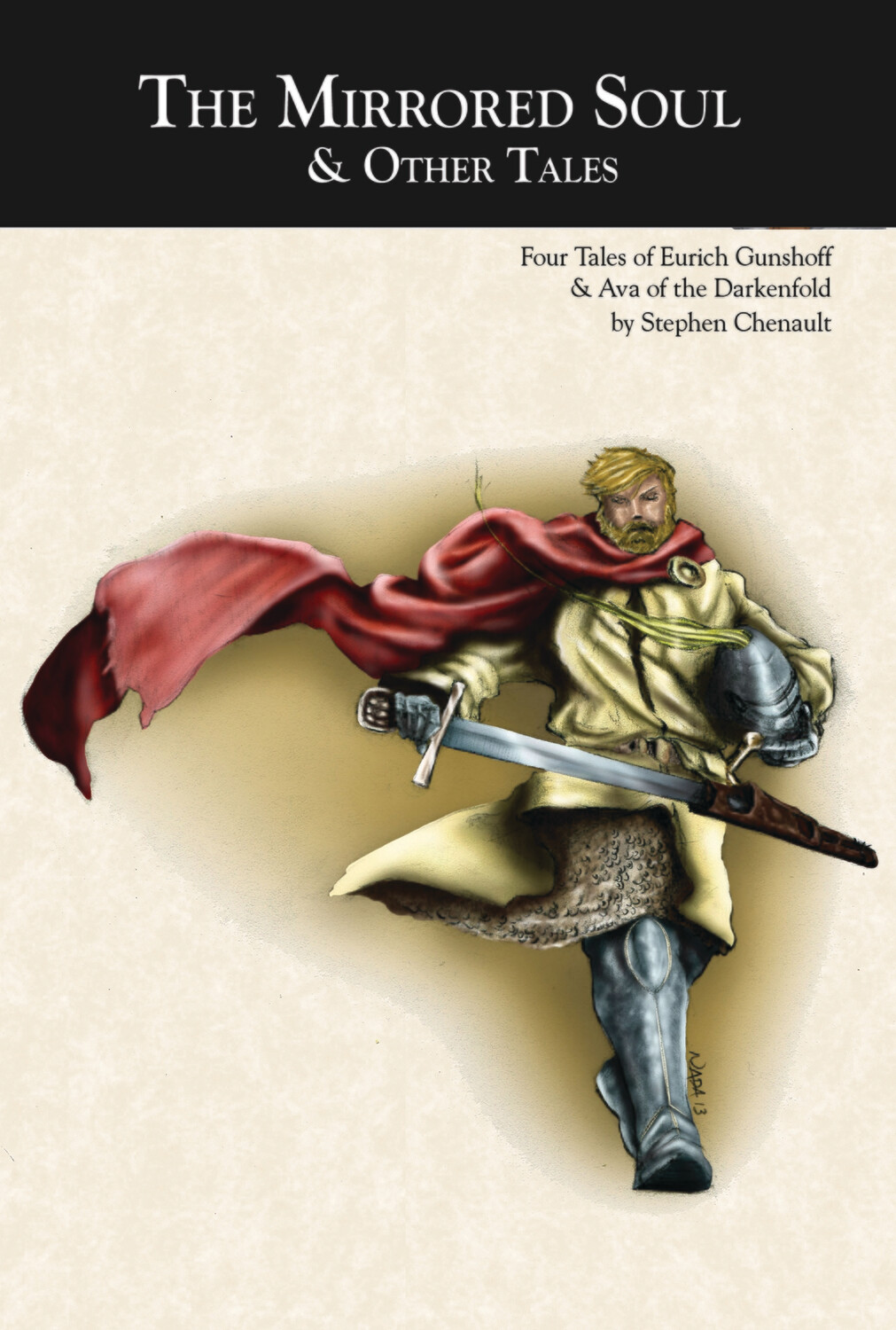 The Mirrored Soul & Other Tales -- Digital

Other Versions: Print Only | Print plus Digital | Kindle

The landless knight, Eurich Gunshoff, bound in friendship to Ava, a ranger of some renown, wandered wild through the lands of Ethrum. The open country called to them, from the settled lands of Kayomar to the wilds of the Tar Kiln. Little did they guess that demons and the ghosts of the dead would hound them and their journey.

"The Mirrored Soul" finds Eurich and his traveling companion on the road to Raus where they encounter a dying dwarf. They take up the task of hunting his tormentors, but its a path that leads them to doorstep of the Wretched Plains.

"Huadan and the Five Caves" finds the duo joined by a priest named Gregory who teaches them of the Wretched Plains and presents them with the opportunity to settle a score.

"To the Marrow" In which a sudden storm leads to tragedy and loss and Ava meets a face all to familiar.

"Debt for the Afterlife" finds the two on a quest for Gregory, but forced to deal with the consequences of their previous actions. All this in the wilds of the Gottlan, but there are more things than old memories there, for giants haunt the dark snows.