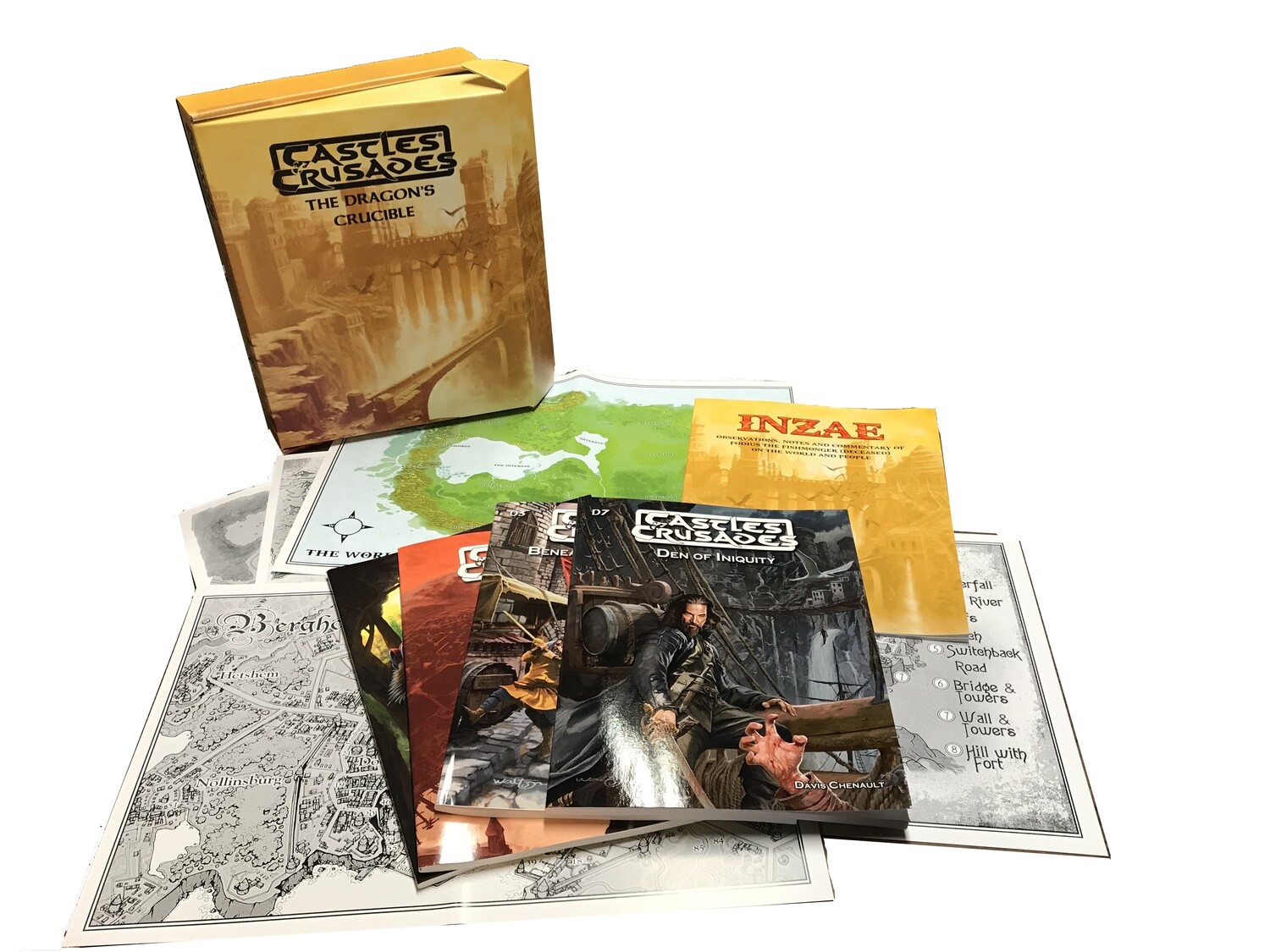 NOW THROUGH SUNDAY GET THE DIGITAL FOR FREE!

In four epic sandbox adventures The Dragon’s Crucible brings you to the hard world of Inzae, a land forged by a dragon’s rage. A land harsh and cruel, where life is short and brutal and only the very strong or the very lucky survive.

The adventure begins with Death in the Treklant. Journey on a wild adventure that takes you from Vakund, the Tower of the Dog, to the dungeons of Dzeebagd and beyond to Felsentheim and the Dogs of War. It provides intense action,

including a large-scale siege.

The adventure continues in By Shadow of Night. Bergholt lies upon the southern shores of the Interzae. Crumbling walls and ancient cobbled streets of this backwater town do not welcome strangers. It includes over 20 encounter areas, a host of NPCs, adventure hooks and a dungeon.

In Beneath the Black Moon you’ll learn why unfurling the Banner of the Black Moon is a dreadful time. It is followed by deeds of heinous nature, murder most foul in dark alleys, killings and slaughter abound such that the night ends in dread and terror. But what sinister force brings the Black Moon?

In Den of Iniquity journey to Raglesborg, a town peopled with pirates, cutthroats, brigands, thieves, murderers and worse. They come to trade in ill-gotten goods, revel in their criminal labors or seek sanctuary. With over 60 encounter areas, a hundred+ NPCs, and hundreds of adventure ideas, Den of Iniquity is a true treasure trove.

The Dragon’s Crucible requires heroes of high mind and daring spirit. Such heroes shall long linger in the halls of memory. Adventures that take you from 1st – 6th level. Play them sequentially or individually.

By Shadow of Night

Beneath the Black Moon

A World of Inzae Primer

Map of the World of Inzae