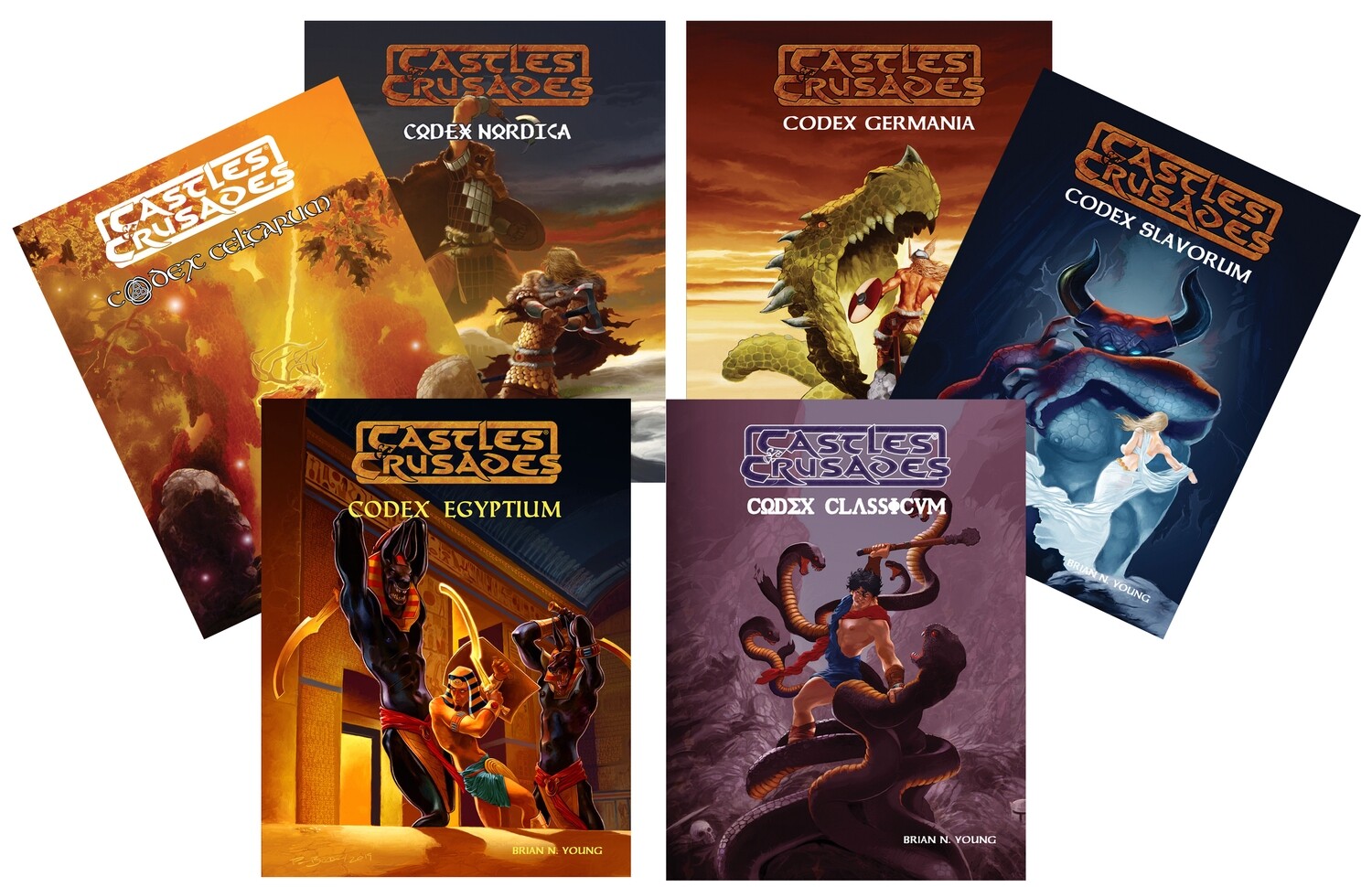 The Mythos Series plunges into the world of ancient peoples, exploring the myths and cultures of the Vikings, Germans, Slavs, Romans, Greeks, and Celts. From the myths that drove them to monsters that they fought each book offers a host on new and exciting material. In this complete set enjoy:

Codex Nordica: From Odin's Ravens to the Jotun fortress of Gymirsheim. Brian Young explores the Nine Worlds of the northmen, the legends and myths, the magical creatures, gods, heroes, giants and monsters that peopled them. With new spells, monsters and classes.

Codex Slavorum: The Codex Slavorum opens roads into the mythological realms of the ancient Slavs. Born in the shadow of Siberia their myths and magic, their gods, goddesses, monsters, heroes and legends offer an untouched wealth of material for your Castles & Crusades game.

The Codex Egyptium delves into the world of the ancient Egyptians, from Ra to Set, from temple to tomb, unlock the gods, world view, monsters, items and more of one of the greatest civilizations of the ancient world.

All this is presented as a backdrop to the game you are already playing. Expanding upon the core Castles & Crusades material Mythos brings you a host of new wizardry and enchantments, gods for the characters, warriors and battle craft. Added on to all this, are new materials for the Castle Keeper, all designed to enhance rather than hinder play.