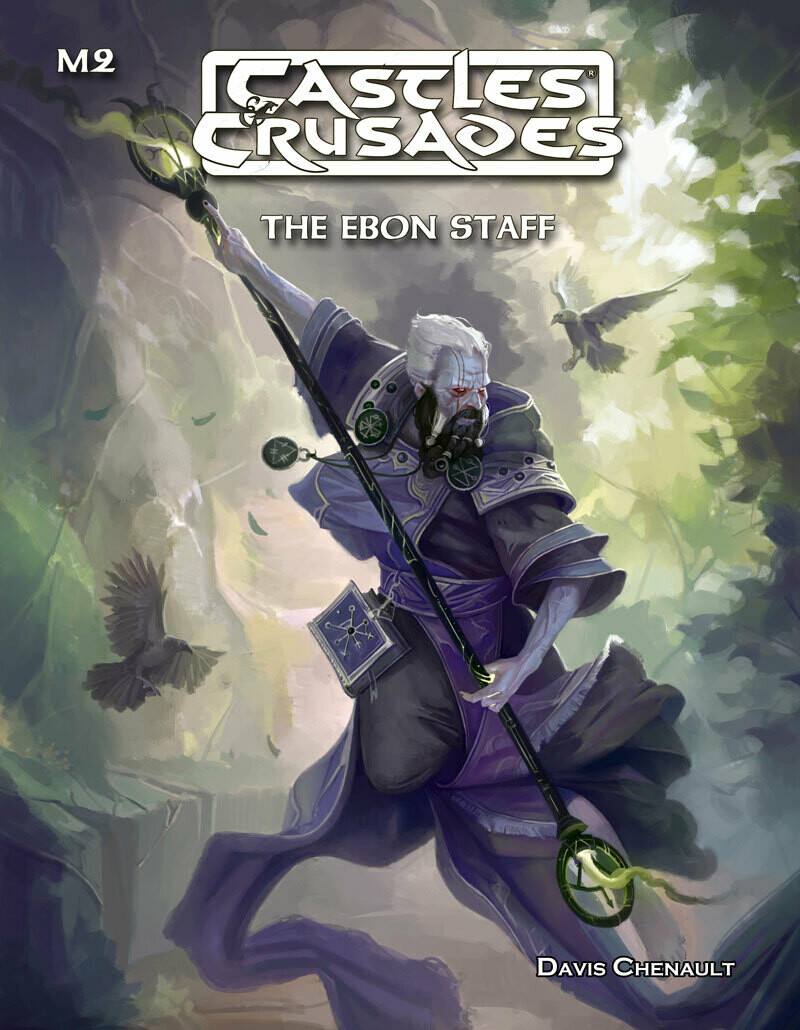 Other Options: Print | Print plus Digital

On the banks of a rushing river, in a vast and desolate steppe, lie the remains of an ancient city. It stands there, a testament to misplaced glory, like the bones of a long-forgotten civilization. Dusty winds and silence have been its only company for centuries, an echo to the legends of cults and ancient gods. Despite this, the city serves as a refuge of sorts, where water and shelter provide comfort to the weary traveler.

Now, however, something is different. A glow emanates from a tower’s ruins; a beacon or warning, who can say. Gray smoke trails up from the aged ruins, vultures circle above, and the fluttering whisper of an ancient evil and death are on the wind.

Enter the ruins of Poatholear and unearth the mysteries that surround the Ebon Staff. Whether for good or ill, the old gods stir.

The Ebon Staff is an overland adventure that began in A Stranger Among Us. It finds the characters escorting survivors into the wild plains toward an abandoned city. It is designed for use with a mid-level party of 4-6 characters.