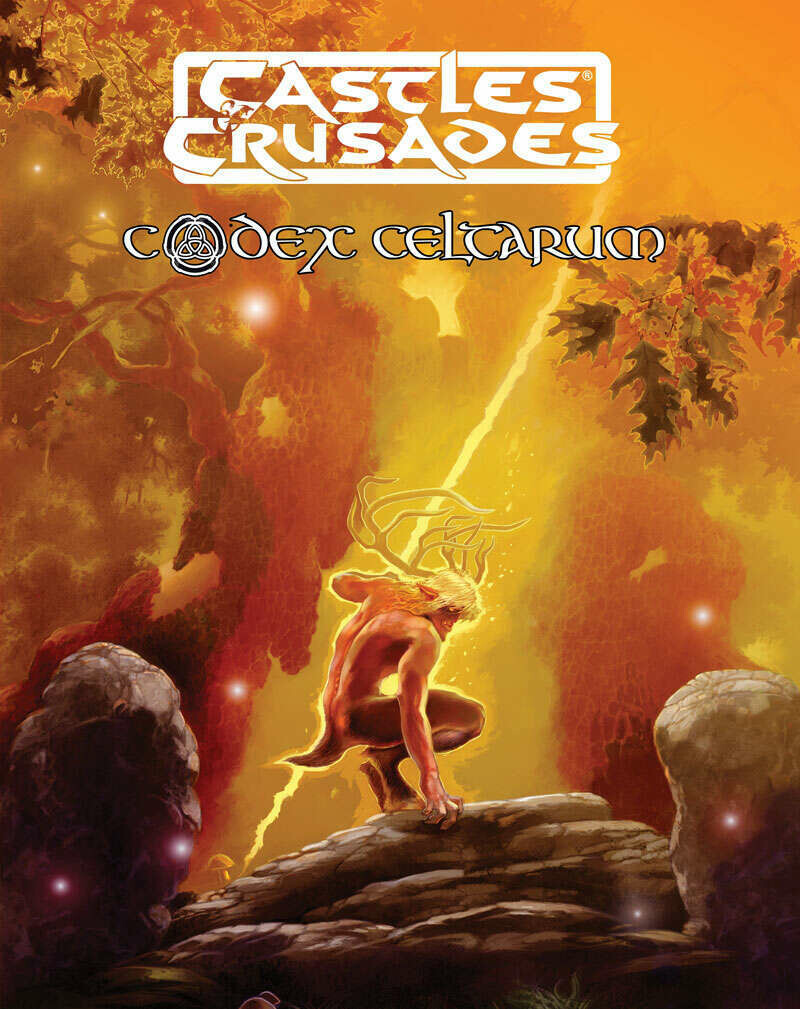 Slightly dinged or scuffed but still in good shape.

Other Versions: Digital | Print plus Digital

The Celts dwelt in a world wholly separate from our own - of stone cromlech, wicker men, dark fey and wild gods. In their world, ancient trees bore the wisdom of time, and the world was alive with spirits. They possessed a language of such haunting beauty that its echoes stir memories within us of a people we once were. The Codex Celtarum delves into the myths of the Celtic peoples, the powers of the world around them, the monsters that hunted them, and the gods that watched over them.

Within the Codex Celtarum lies a wealth of information; gaming material that blows new life into the world of the fey, the druid, the ranger and all characters whose travels carry them through the wooded hills, broken crags and dark forests of our primeval imaginings.

Save this product for later
Display prices in: USD