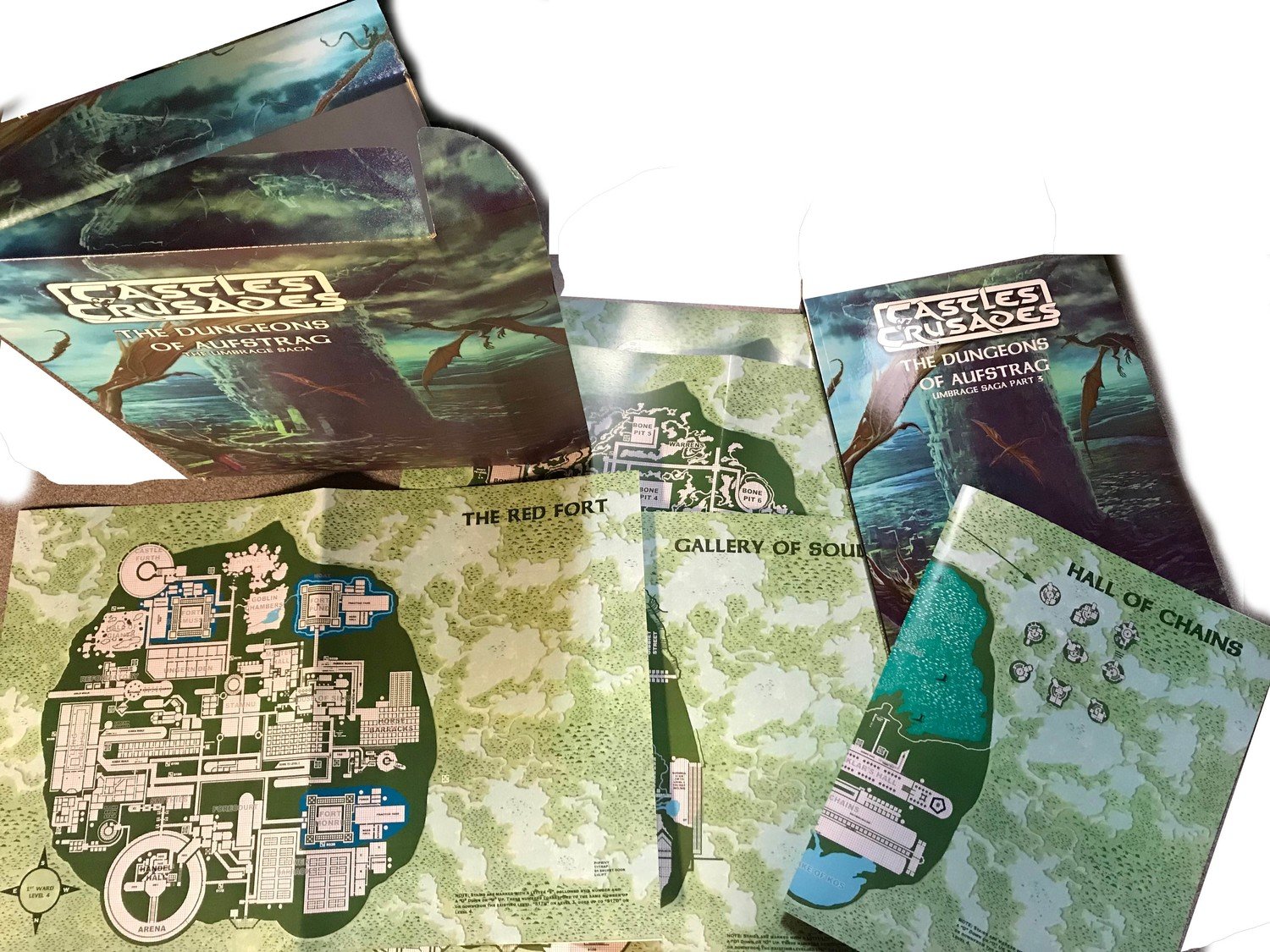 Be sure to check out the sets: In the Shadow of Aufstrag and Journey to Aufstrag!

The Dungeons of Aufstrag Box Set Includes the Following:

all in a box as pictured above.

Aufstrag is the iron will of evil. It is a house of terror where dwell the shadows of Darkness, named the Fell Beast, Unklar, the Horned God. From that bastion he ruled the world of Aihrde for a thousand years. Those long centuries saw Aufstrag grow into an edifice like to a mountain and one filled with all the nightmares and shadows of his, nay, the world's despair.

Over three thousand feet tall and a thousand wide, it is a catacomb of unbelievable dimensions. Torn from the ruins of glorious Al Liosh, lifted on high by his very might, it stands a heap of slag, dominating the sprawling swamps that cover the ruins of the old world. Aufstrag is a tower of fortresses but so great its size, it is more like to a city than aught else. But there dwelt the Horned God for his long reign and to it came the damned and he housed them in dungeons of horror and madness. And thus men call it, more than the pit of the Horned God, or his city, or his throne, men call it Hell, and so it is.

These adventures introduce you to the entry levels of Aufstrag and pit your characters or party against all manner of devils, undead, the damned and those who torment them. Few survive, but those who do . . . well, those who do rarely return to the Dungeons of Aufstrag.