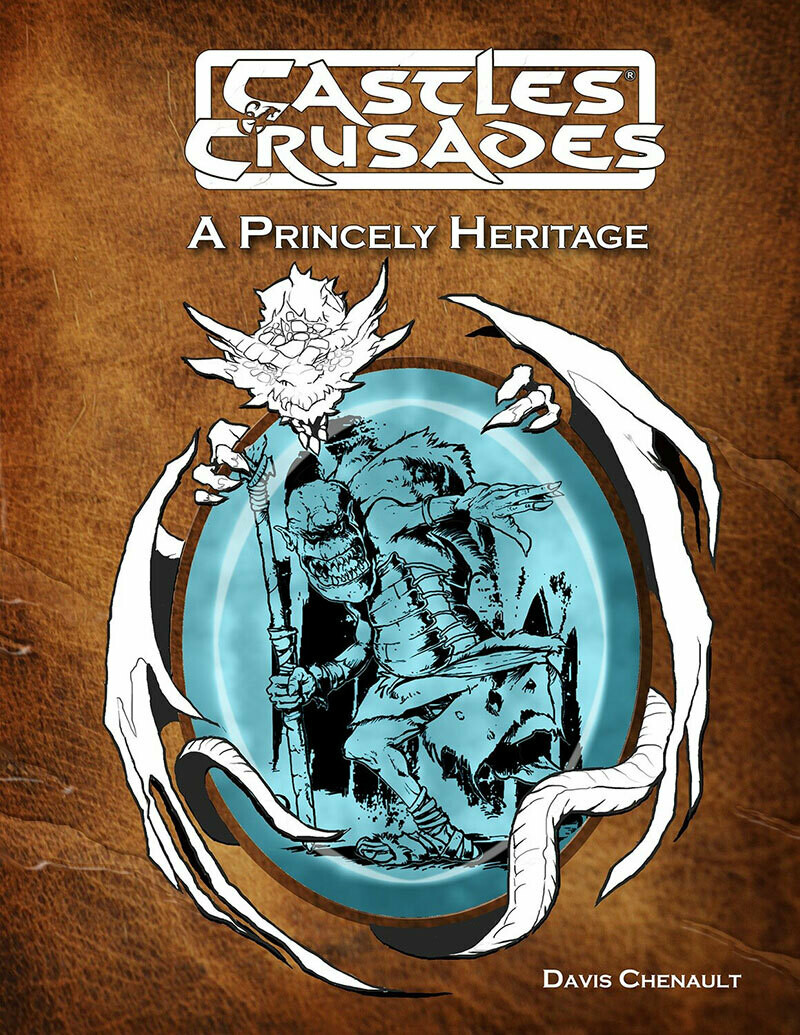 Thieves have robbed Hart Blemann of a prized collection of books. These books are valuable to him for they bind him to a royal prince, the prince’s bloodline and his inheritance. He needs them back and he will pay. But the tangled streets and alleys of the City of Thieves are no place for the meek.

Betrayal, assassination, deception, primordial magic, grotesque beasts, and the harrowing travails of the unknown are but a few menacing threats the characters face in the environs of the Den of Iniquity.

A Princely Heritage is designed for a mid-level range of adventurers. Though written to be played with Dens of Iniquity: Bergholt, it can be played in any homebrew or unrelated game.