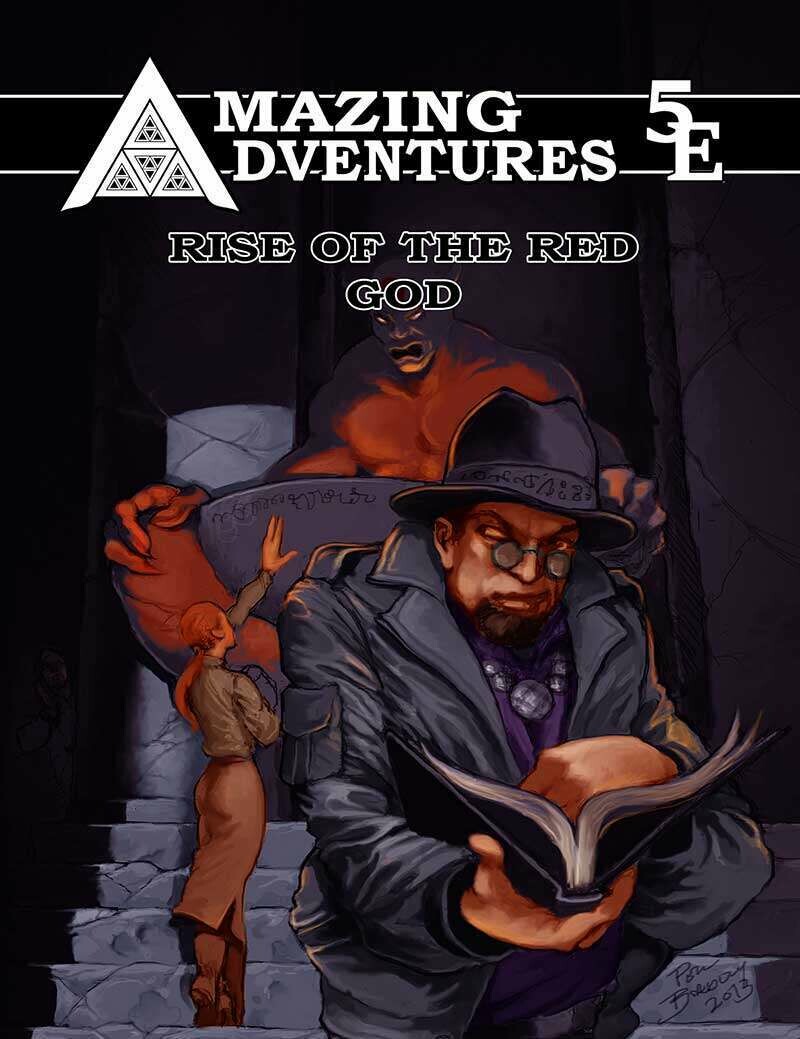 Somewhere deep in the jungle lies an ancient temple, a temple built by a lost civilization and dedicated to a long-forgotten god. Likely a deity of the Thurian Age, tens of thousands of years before our time, the Red God still sits at the heart of the temple, now decrepit, crumbling, and suffering from years of neglect.

An intrepid group of adventurers are hired to investigate strange goings-on in this old temple. When they encounter and stop an ancient evil from rising within, they think the danger has passed. But this encounter with the ancient and alien Red God Ornduhl is only the beginning, as a cult arises with a single goal.

To bring about the end of the world as we know it and usher in the age of the Blood Imperator. Now, these same heroes are all that stand between civilization as we know it, and a crimson tide of bloodshed, chaos, and destruction. Are you up to the challenge? Will you bow before Ornduhl or take a stand against the Rise of the Red God?