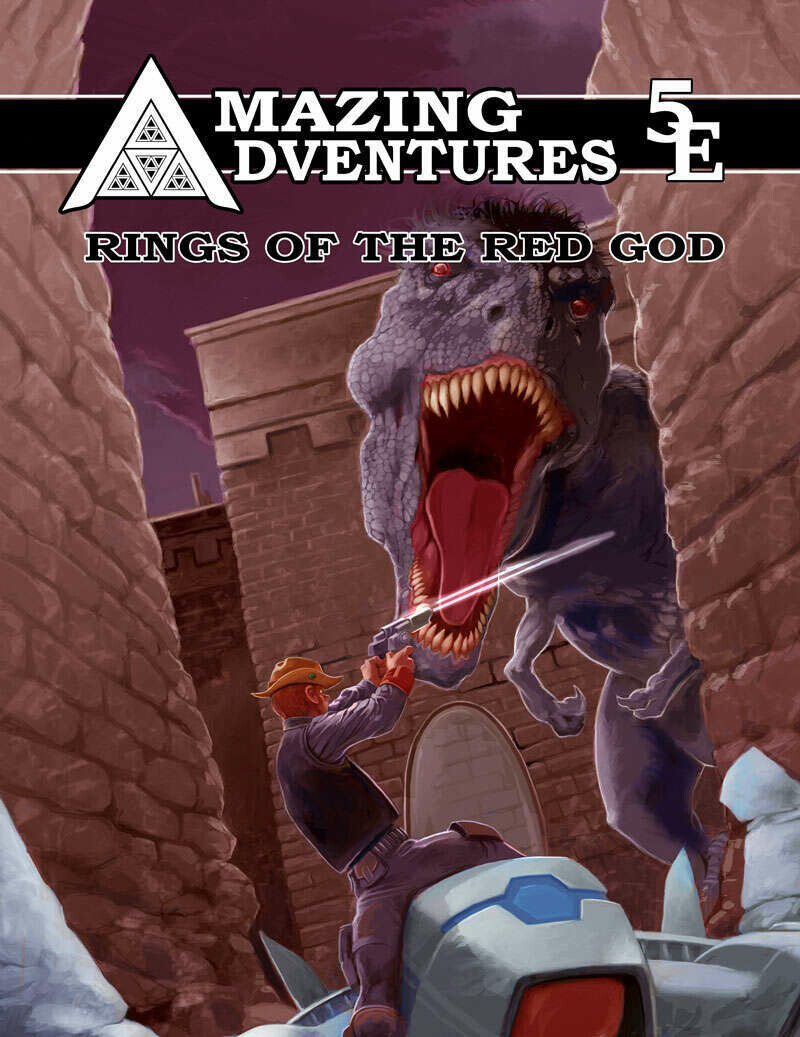 Several years ago, our heroes stopped one of the greatest horrors the world will ever know, an ancient vampire dedicated to bringing about the rise of Ornduhl, the Red God, a deity who had been lost to the annals of history.

Now the Red God is back, and more dangerous than ever, with the unveiling of the mighty and terrible Rings of Brass.

Rings of the Red God is a sequel to Rise of the Red God, and represents an epic adventure trilogy and sourcebook outlining the presence of the Rings of Brass on Earth and the terrible power these portals through time and space represent. The adventures herein see our heroes battling to control or destroy these rings, while visiting alien worlds and uncovering conspiracies that could affect all of reality!

Plus: information on the Rings of Brass, an entire new planet to explore, surprises about Troll Lord Games' World of Aihrde campaign setting, and more!