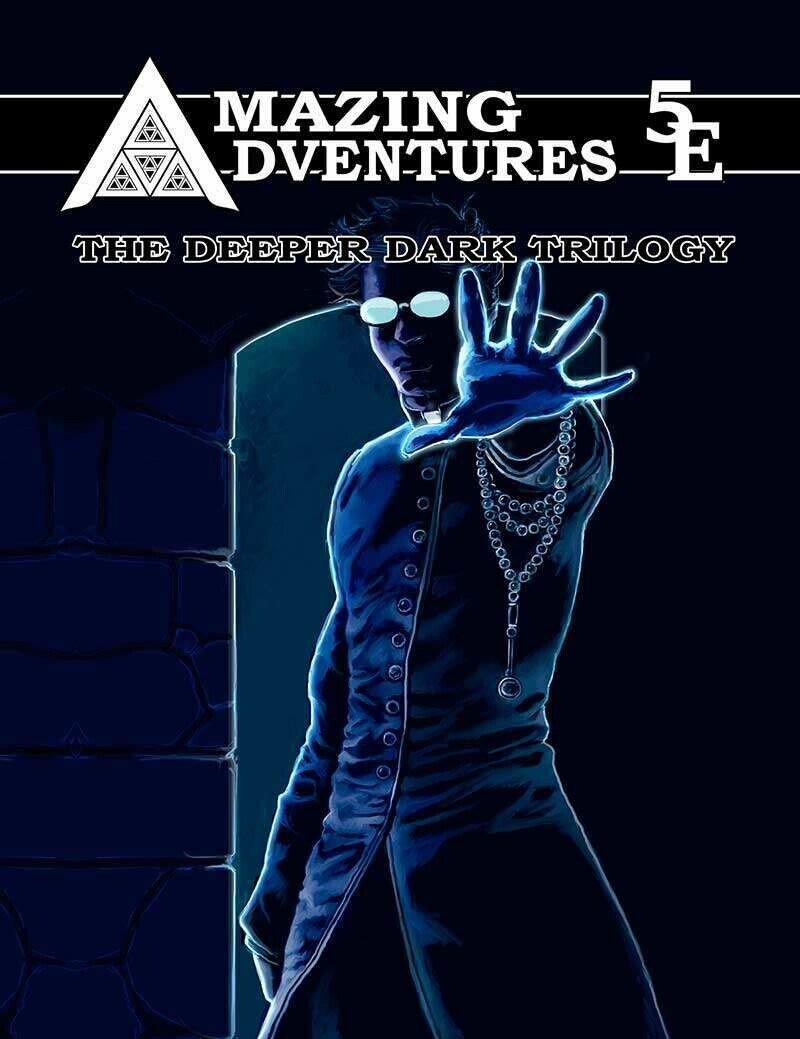 Other Versions: Digital | Print plus Digital

Beyond the spaces between spaces lie horrors unimaginable and undefinable to human senses and sensibilities. These are the denizens of the Deeper Dark. Welcome to the Deeper Dark Trilogy, a series of three loosely-linked cosmic horror adventures for Amazing Adventures 5e. In these pages you'll find the following unimaginable horrors:

With Amazing Adventures 5e, your horror gaming will never be the same!