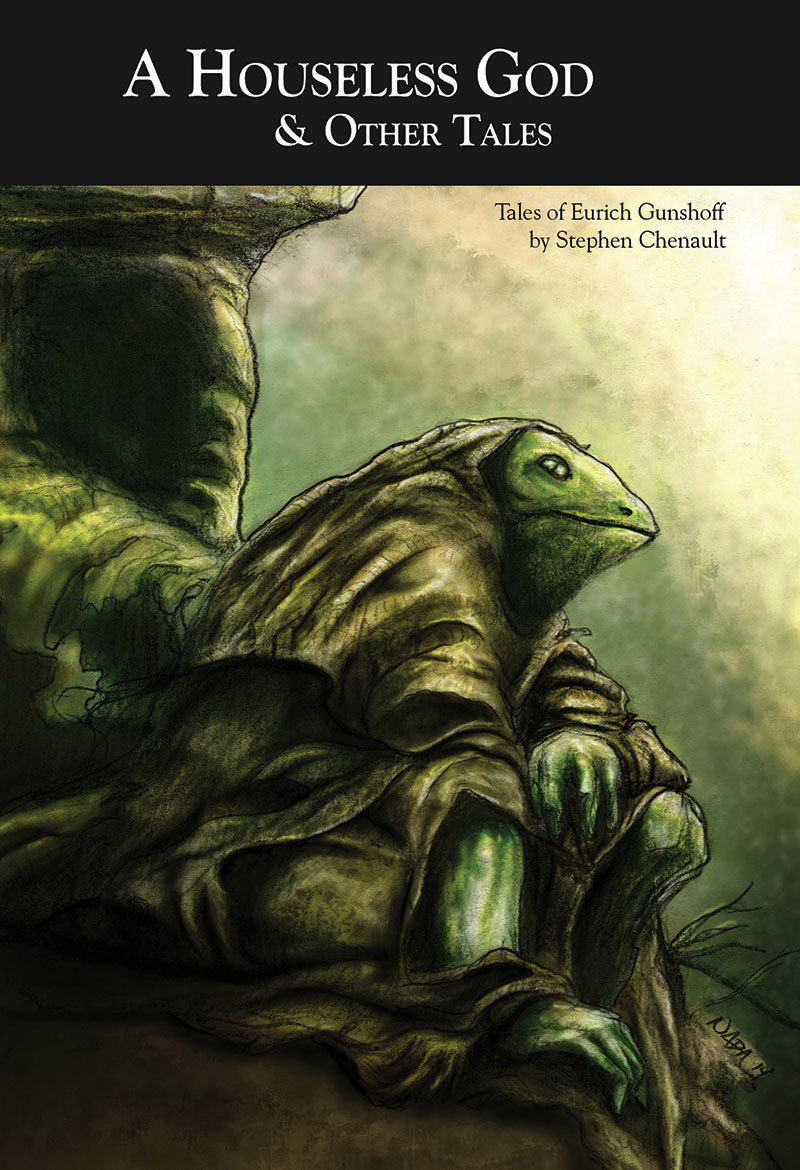 A Housless God and Other Tales Softcover & PDF 54pp

The landless knight, Eurich Gunshoff, had no master, but served those in need, sometimes for money, but mostly for the honor of it. He went hungry often, slept in the wilds, endured the rain and snow, the heat and wind. He fought creatures, great and small. It was a hard life. Or so he thought, until he passed beneath the eaves of the Darkenfold Forest.

A Houseless and Other Tales Brings you four seperate tales:

In "The Gonfod" Eurich breaks bread with several men and learns of Ornduhl's purpose and Aihrde's ending.

"The Mortality of Green" finds Eurich leaving the Post Road and plunging into the Darkenfold Forest after a Druid's own heart.

And finally "A Houseless God" introduces Ave, a ranger on a hopeless questand their encounter with ancient powers of the Darkenfold.

Follow more adventures of Eurich and Ava in The Mirrored Soul.