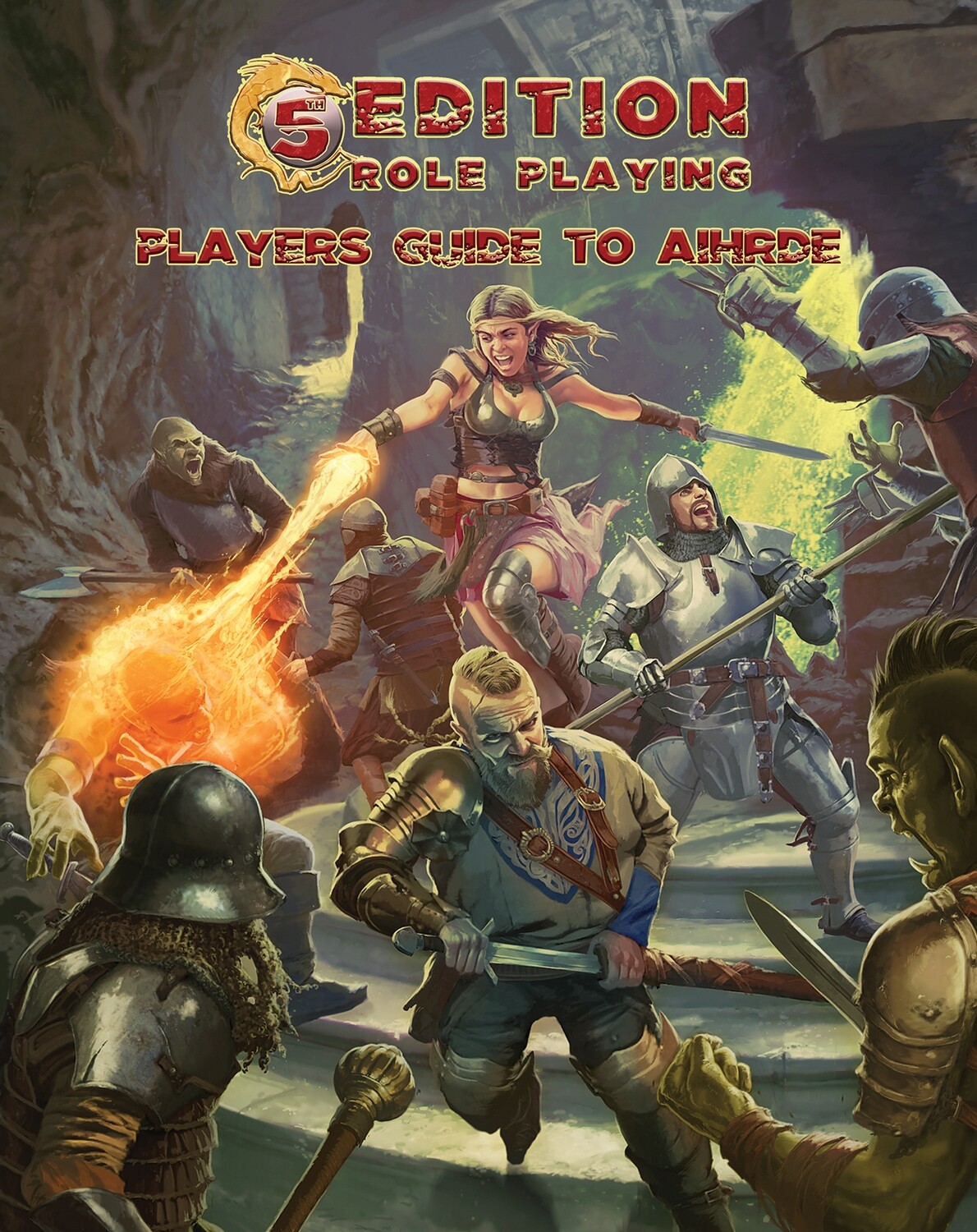 For a thousand years and more the dark god Unklar ruled the world in a terrible reign of Winter’s Dark. But now, banished to the Great Empty, Aihrde is a world reborn.

In the Players Guide to Aihrde you will find a plethora of new gaming material for your 5th Edition Game. Designed specifically with the player in mind!

Expand your understanding of the world and the game. Portable to any campaign and any setting!