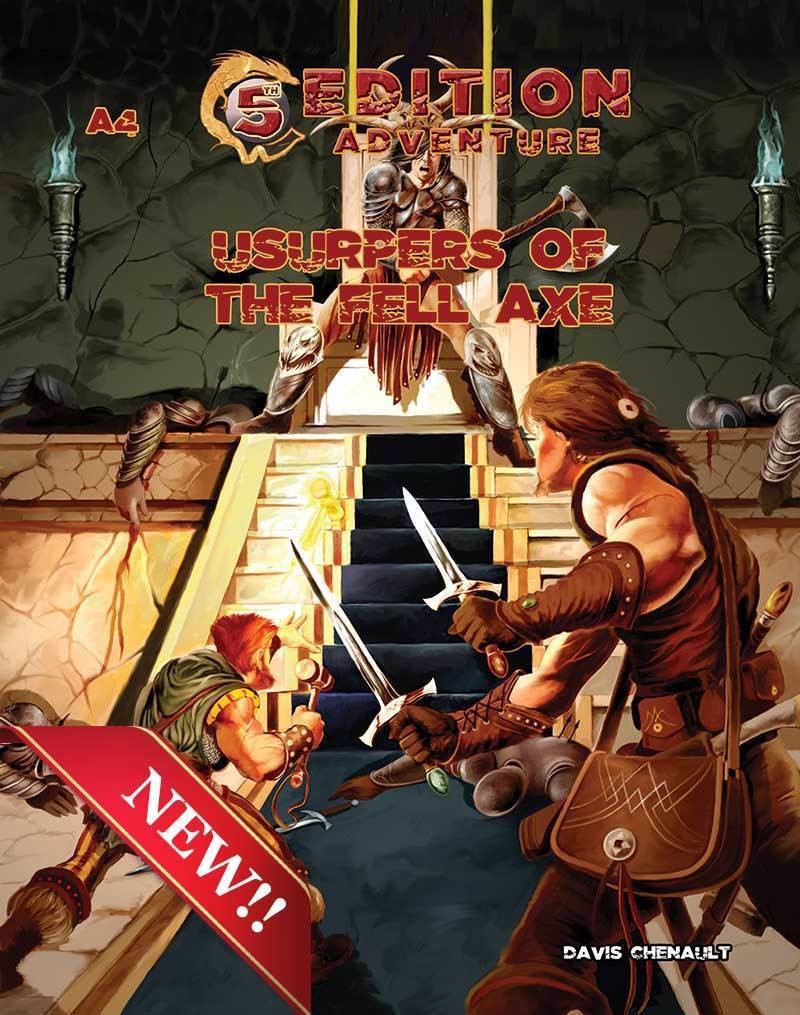 5th Edition: A4 Usurpers of the Fell Axe

Called to seek out the source of the Baron Dietbold of Ludensheim’s wealth and power, one runs the gamut of greedy merchants, corrupt sheriffs, and the diabolical machinations of those who seek conquest of this land. More foulness is afoot in Ludensheim than in all the towns of the Hruesen combined and many a desperate battle lays ahead before justice triumphs.

And as with all things along the Blacktooth Ridge the memory of the Horned God lingers; his influence driving the designs of all his one-time minions.

A mid-level adventure for a party of 3-6 characters. Play as stand-alone or part of a larger series.