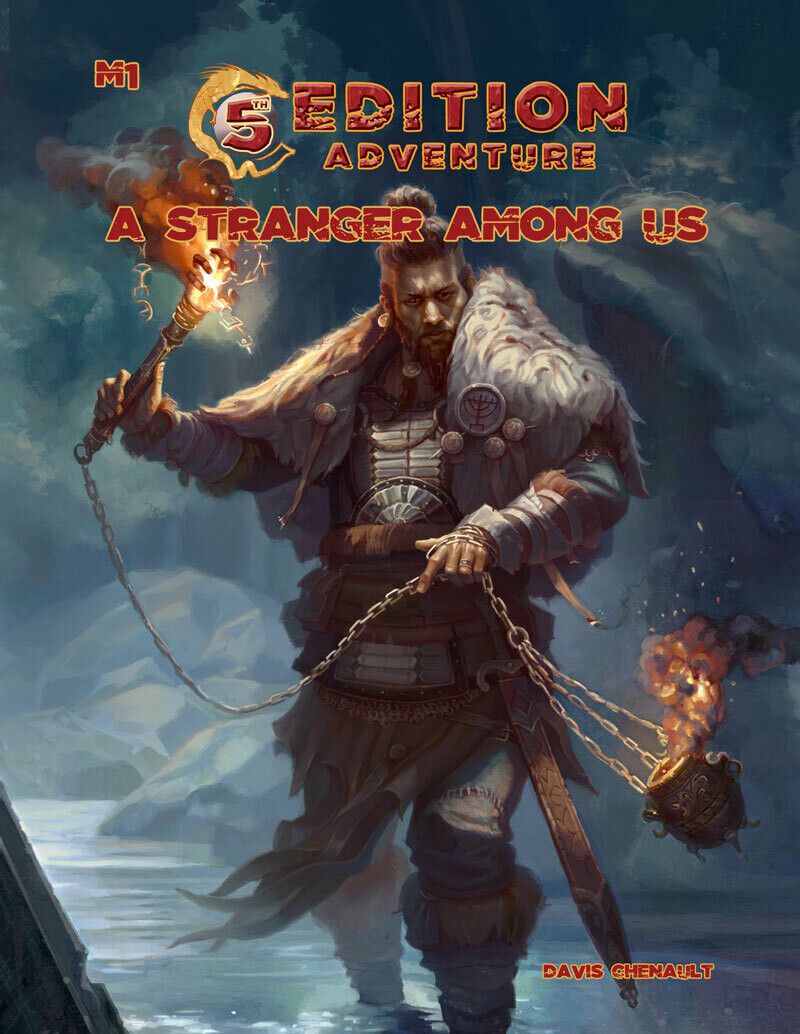 5th Edition: A Stranger Among Us -- Digital

“A king’s ransom. For a thief? Must have been some precious stick ‘o wood,” Bariston quizzically comments to those at the table.

“Aye! That’s right. I thin’ 1,000 coin. Oh, dat Walrun da Lord’s Sheriff, daren’t go follow dat thief. He crossed the Hruesen River and headed to the Blacktooth Ridge. Nary a soul here wants to make their way to the Ridge these days. Ole’ Red Cap is about they say. An dat devil is the least o’ your worries.”

The Blacktooth Ridge is no place for the weak, the inexperienced, or the fearful. The dangers there are many and rewards paltry. And this thief must be something other than a common rogue to head straight into the jaws of that deadly wilderness.

A Stranger Among Us is an overland adventure that pits your characters against dangers both rare and extraordinary. It is designed for use with a mid-level party of 4-6 characters.